Oregon Public Employees Retirement Fund reduced its stake in Columbia Banking System, Inc. (NASDAQ:COLB – Get a rating) by 1.3% during the first quarter, according to the company in its most recent Form 13F filing with the Securities & Exchange Commission. The fund held 29,407 shares of the financial services provider after selling 391 shares during the quarter. The Oregon Public Employees Retirement Fund’s holdings in Columbia Banking System were worth $949,000 when it was last filed with the Securities & Exchange Commission.

Colombian banking system (NASDAQ:COLB – Get a rating) last released its quarterly earnings data on Thursday, April 21. The financial services provider reported EPS of $0.81 for the quarter, beating analyst consensus estimates of $0.66 by $0.15. Columbia Banking System had a net margin of 31.91% and a return on equity of 9.30%. The company posted revenue of $170.38 million for the quarter, versus $166.09 million expected by analysts. In the same quarter last year, the company achieved EPS of $0.73. The company’s revenue increased 15.8% year over year. On average, research analysts expect Columbia Banking System, Inc. to post EPS of 2.63 for the current fiscal year.

Want to see what other hedge funds hold COLB? Visit HoldingsChannel.com to get the latest 13F filings and insider trades for Columbia Banking System, Inc. (NASDAQ:COLB – Get a rating). 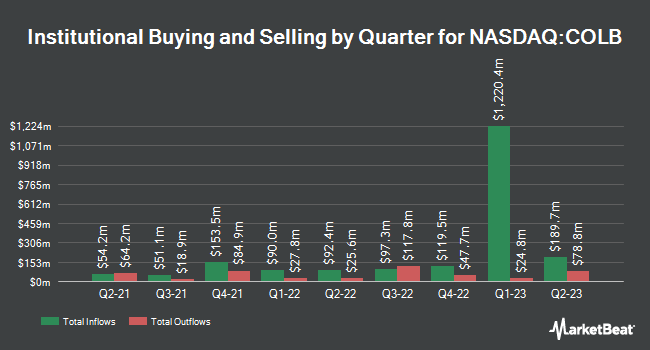