Columbia Banking System, Inc. (NASDAQ:COLB – Get an assessment) CFO Aaron James Cerf bought 748 shares in a trade on Thursday, June 30. The stock was purchased at an average price of $25.79 per share, for a total transaction of $19,290.92. Following the completion of the purchase, the CFO now directly owns 16,175 shares of the company, valued at approximately $417,153.25. The acquisition was disclosed in a filing with the SEC, accessible via this hyperlink.

Colombian banking system (NASDAQ:COLB – Get an assessment) last reported results on Thursday, April 21. The financial services provider reported earnings per share (EPS) of $0.81 for the quarter, beating analyst consensus estimates of $0.66 by $0.15. Columbia Banking System had a net margin of 31.91% and a return on equity of 9.30%. The company posted revenue of $170.38 million in the quarter, versus a consensus estimate of $166.09 million. In the same quarter of the previous year, the company achieved EPS of $0.73. The company’s revenue increased 15.8% year over year. Research analysts expect Columbia Banking System, Inc. to post earnings per share of 2.63 for the current year.

About the Columbia Banking System (Get an assessment) 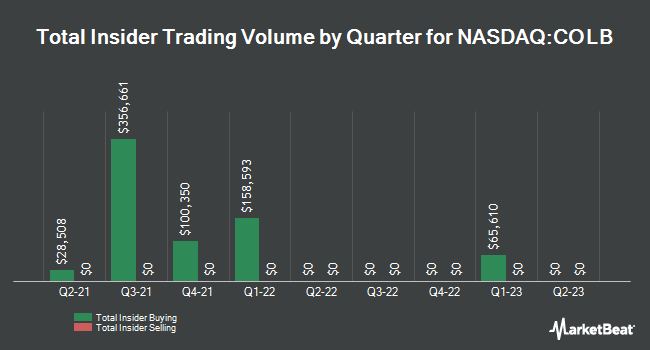